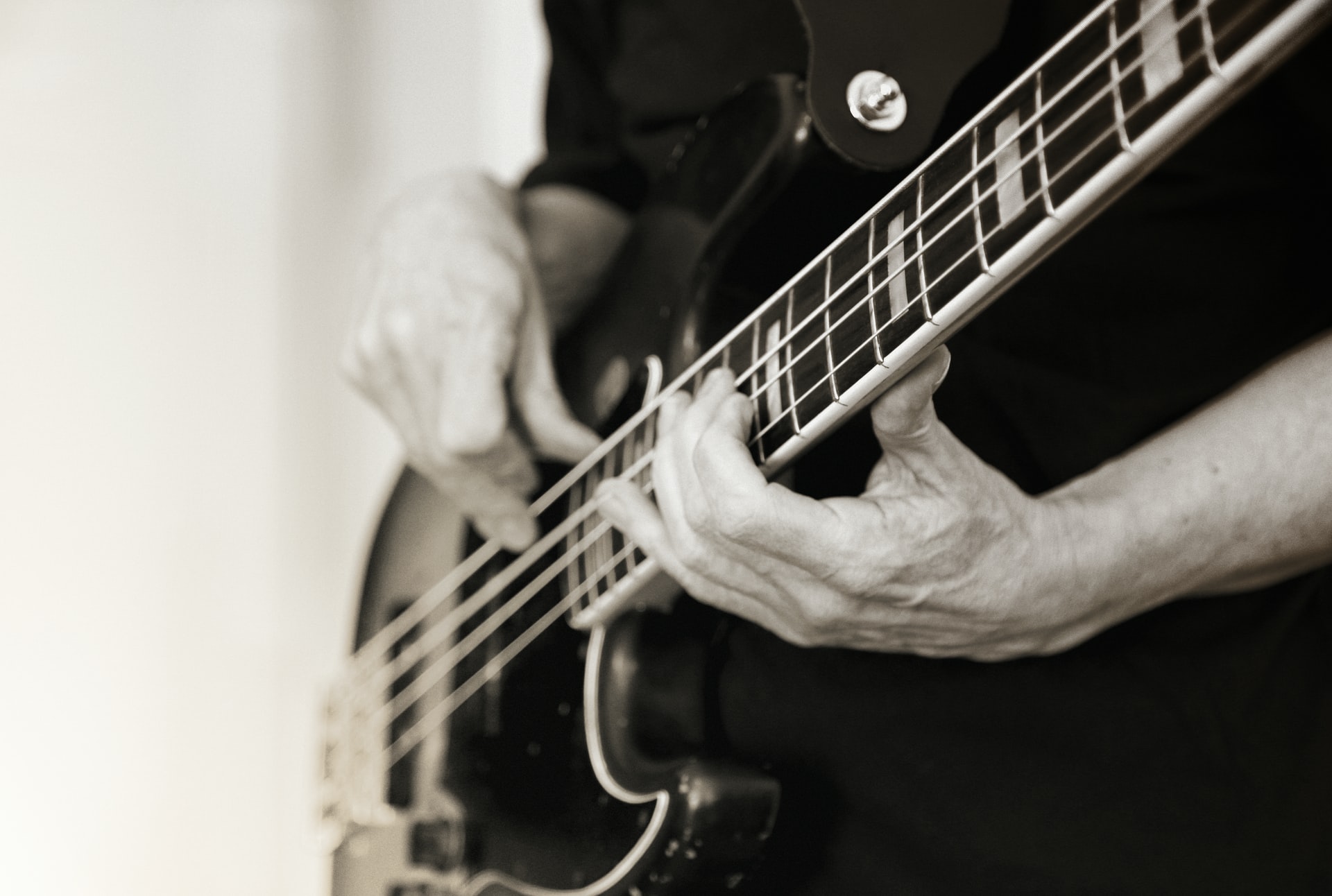 6 Reasons Why Bass Guitar Is Fun! (Even When Alone)

Playing the bass guitar can be incredibly fun, especially if you know what you’re doing. Bass is easy to learn but hard to master, which leaves much room to learn and grow.

Not only does bass work well in a band, but it also works surprisingly well when playing alone.

When I first got interested in playing the bass, one question kept roaming in my head: Would the bass guitar be fun to play? Playing the bass seemed like a horrible idea when there were far more interesting-looking instruments out there.

In this article, I will tell you why the bass guitar is fun, how to be a great bassist and if you can play the bass alone. Here are the topics we will cover in this article:

There are multiple reasons why you should look to learn the bass guitar. Not only is bass versatile, but it’s also easy to understand and makes you a better music composer and arranger.

Here are some reasons why you should play the bass guitar

Bass can be as straightforward or as challenging as you like. You can start by learning beginner moves on the bass and slowly progress to more advanced techniques.

Although the bass is very easy to begin with than learning the guitar or the drums, this doesn’t mean that the bass is one-dimensional. You can learn to do plenty of techniques on the bass guitar.

Standard bass techniques include plucking, fretting, muting, staccato, legato, tapping, and slapping. These techniques allow you to add dimension to your bass.

As a bassist, you won’t have the added responsibility of interacting with the crowd, allowing you to focus on your playing.

Generally, when watching a band play, the audience tends to focus more on the lead singer. The audience has their eyes glued to the singer as they are in charge of crowd interaction and banter. Guitarists suffer from this expectation too.

As a bassist, you’re in charge of how much you interact with your crowd. You can be the frontman if you like, or you can just stand at the side and do your thing, allowing you to have the glory of being in a fantastic band without the pressure of it.

Learning to play the bass guitar makes you much better at keeping rhythm than playing the guitar, as bassists focus more on the rhythm.

To be a bassist, you need to work on your ear more while also learning to play, which helps make you a better musician.

A bassist mainly focuses on the rhythm, which means they need to work more on their ear than a guitarist. Rhythm can’t be learned the same way as notes are learned. That requires much more practice.

Take the example of your favorite song. It may have the same chord progression and melody as other songs, but it will never have the same rhythm as another song. You need to listen to the parts played by the guitar, bass, and drum if you want to master rhythmic playing.

4. Let’s You Feel the Music

The bassist has the job of making the audience feel the music. They’re the driving force behind every song.

A good bassist will create the link between the melody and rhythm of the song and let the audience feel it.

Think about your favorite song. Now, imagine the song without any bass. You’ll instantly feel that song starting to feel bland no matter how good its melodies are. A bassist’s job is to add that rhythmic bass to your music in a band.

It doesn’t matter what setting you’re in, whether it’s in your room or the studio. However, the grander the scale of your set, the larger impact you’re going to have.

If you’re playing the bass in a large arena in front of thousands of people, every note you play on your bass guitar will shake the ground, giving the music a fantastic feel.

Bass is crucial to learn if you’re looking to compose music in the future. Composers have a lot of knowledge about the proper arrangement of notes and how to fill the silence in the music with other notes.

Some of the most renowned producers in the music industry started as bassists. This is because they have a grip on their playing skills and knowledge of the music. That is the musical foundation of bass.

You’re more likely to find jobs as a bassist than you are to find as a guitarist than as a drummer or guitarist, as good bassists are rare.

It’s more likely that you will find a gig as a bassist or a drummer than as a guitarist or a singer as bassists are not that common.

Is It Easier to Learn Acoustic Guitar or Bass Guitar?

The bass guitar has four strings compared to the six strings found in regular guitars.

These strings are also bigger than strings in standard guitars, making it easy for someone with no prior guitar knowledge to get the hang of.

Bass is essential in a song as it allows you to feel the music. It has tones one octave lower than the ones on the six-string guitar.

The bass is very similar to acoustic guitar, only having two lower strings and being tuned to a lower pitch. Other than that, both instruments are directly related to each other as they share the same musical concepts, chord progressions, and scales.

This means that it tends to be far easier for beginners to learn the bass guitar than to learn an acoustic guitar.

What Makes a Great Bassist?

Having a good rhythm and playing along with the drummer is what makes a good bassist. Having good timing and groove can help you become a great bassist.

No one can just pick up an instrument for the first time ever and start doing incredible solos right off the bat. It takes time to learn and grow, and you need to have a lot of patience before you can begin to perform well. The same goes for bass. It takes time and practice to be good.

For good bass, the bassist should be the band’s driving force along with the drummer as they perform in perfect unison. A positive attitude is crucial when performing, which shows your proficiency while you play.

Finally, creativity is crucial. You will feel the song get boring if you just keep repeating the same few notes for the entirety of a piece. A great bassist knows to let the song breathe on its own instead of cramming as notes as possible in the song.

Can I Play the Bass Alone?

The bass guitar can be played alone, but it’s an instrument best played in tandem with other instruments. I recommend still using backing tracks when playing the bass guitar alone.

Any instrument can be played alone when played correctly, and the bass guitar is no exception here. Many musicians can make the bass guitar sound superb playing by themselves.

The bass is meant to complement other instruments, so solo playing can be a challenge. However, you can use backing tracks that you can play in the background when playing the bass. This means that you will hear other instruments that will compliment your playing.

This can also be a great way to practice playing in a band as it helps you correct your timing and doesn’t let you get bored.

Later on, you can also start improvisation and put your own spin on songs to truly make them your own.

Related Article: How To Learn & Play Bass By Yourself

Can I Compose a Song With Bass?

While writing a song on bass is possible, it is a bit tricky. This is because the bass is a monophonic instrument meaning it plays one note.

This doesn’t mean that you have to learn a new instrument to create a song with the bass guitar.

The bass guitar is enjoyable to play as it is easier to learn compared to the guitar. Not only that, a bass guitar can be a great stepping stone if you’re looking to learn the acoustic or electric guitar.

I hope this article helped you understand why the bass guitar is fun and why you should learn to play it. 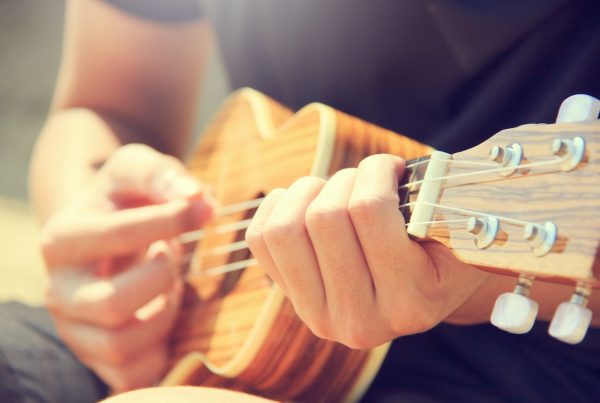 7 Traits Of High Quality Guitar: What To Check Before Buying 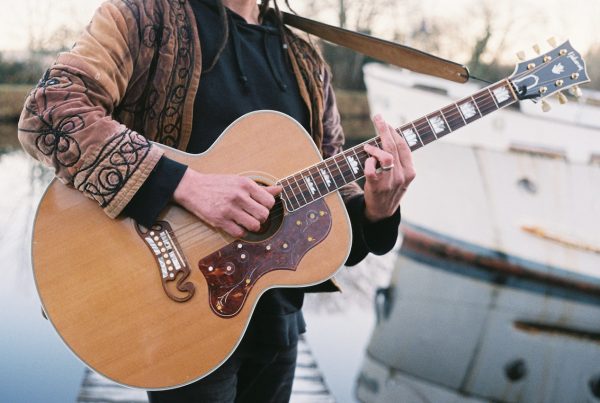 7 Guitar String Alternatives: Can You Use Bass Or Fishing String 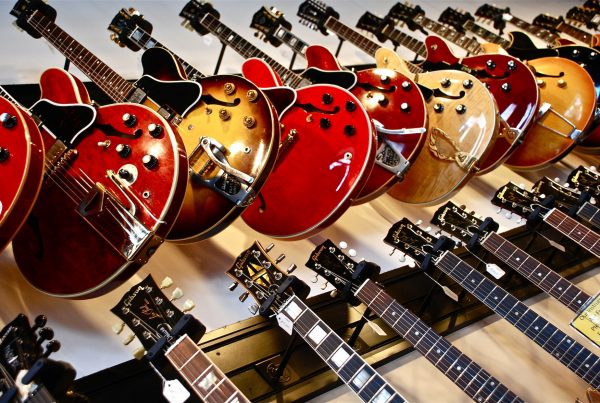