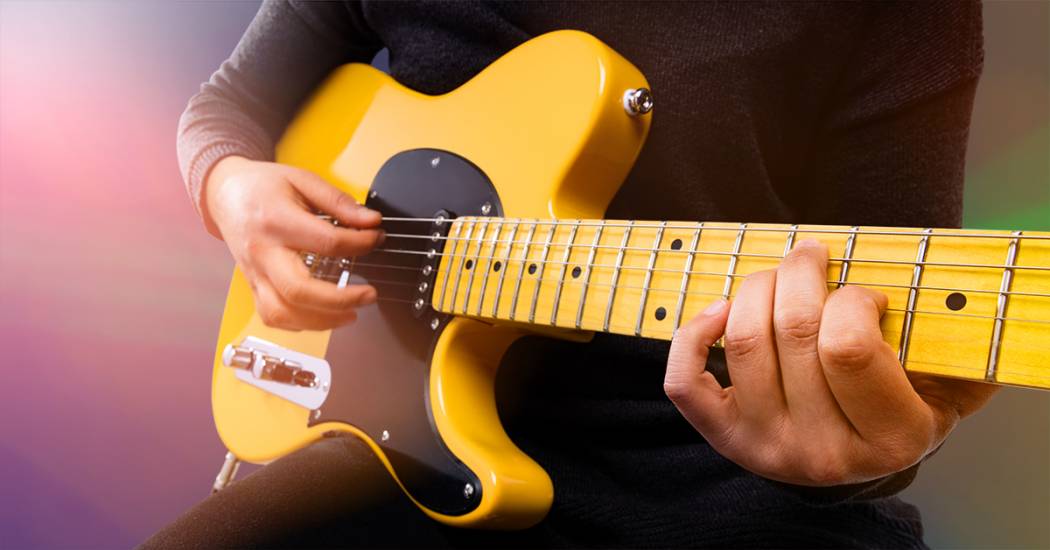 Since wood makes up 90% of the guitar’s construction, it is without a doubt one of the greatest contributing variables to the tone of your instrument, along with pickup types, string gauges, scale lengths, and bridge designs! So it makes perfect sense for us to wonder what kind of wood will provide us with the tone we like while still providing the highest level of durability.

Ash tonewood has a robust upper-midrange, distinct scooped mids, and clear bottom; it is a fantastic choice for balanced tones in electric guitars. Both its shock resistance and workability are excellent. It has a pleasant, resonant sound when used as a tonewood.

After playing a variety of guitars made of different types of wood for years, I can confidently discuss them and give you their benefits and drawbacks, as well as information on what to anticipate in terms of their tones, feel, sustain, pricing, and other factors.

So, in this article, let’s do a proper dig in on ash wood. How good a tonewood it is and other interesting things.

Note: If you are interested in guitar tonewoods and its comparisons, check out my other articles below: 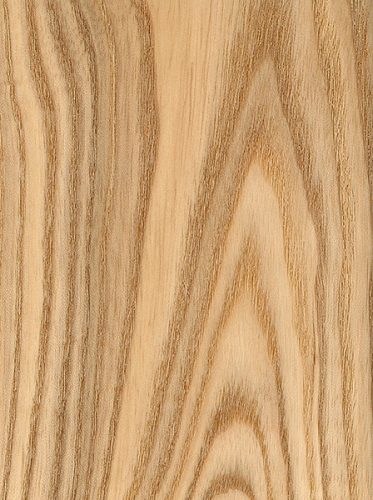 One of the most common forms of wood is ash. It is a well-known American hardwood that may be found and used throughout the country and beyond.

With qualities ranging from a high calorific value to excellent flexibility, it is regarded as ductile wood. It is a greatly preferred and frequently used wood because of its excellent shock resistance and robust workability.

As a popular craft material, ash wood is renowned for its adaptability and strength relative to its weight. Ash has also been used to manufacture a variety of useful items, including tool handles, baseball bats, canoe paddles, and more.

It is a sturdy hardwood that is valued for its versatility, resilience to shock, and availability. The colour of ash wood is fairly clear, occasionally fading to yellow and, on European species, occasionally turning to a faint pink.

This wood type is frequently used more for guitar bodies. There are two types of ash-tone wood: 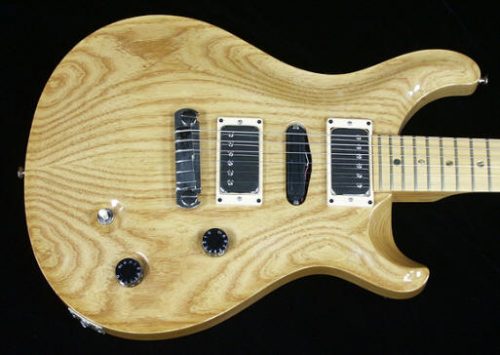 Swamp ash tonewood is a relatively light, porous wood found in the swamps of the Southern United States (typically the Louisiana Bijou).

It is harvested from trees whose roots grow below water. It typically has a creamy colour and a more aesthetically appealing broad open-grain pattern than alder, which makes translucent finishes a good fit for it.

Although swamp ash tonewood tends to have slightly scooped middle frequencies, it is very resonant over the entire frequency range, producing a balanced but bright and pleasant sound. With single-coil pickups, it works fantastically and produces a clear, transparent tone that is simple to adjust. 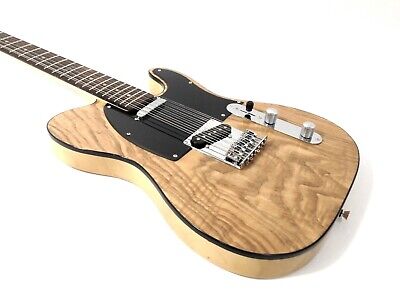 Compared to swamp ash, hard ash tonewood is comparatively hard, dense, and hefty. Despite having a nearly similar appearance, it sounds brighter and has a little more sustain due to its higher density.

Where brighter and harsher distorted sounds are sought, hard ash is frequently a preferable option. It’s typically used for guitars with single wood slab bodies, but it may also be used on occasion for guitars with laminate bodies, which have a layer of another wood on top to change the guitar’s look and sound.

As for price, Ash is currently one of the more affordable domestic hardwoods available for commercial purchasing. The grade of “white” or “brown” ash determines the price of the wood.

Some of the pros and cons of ash wood are as follows;

Is Ash A Good Tonewood For Guitar Body?

Ash makes for a pleasant, light, and resonant sound in electric guitar bodies since it is rather solid wood. With solid lows, a strong midrange, and pleasant highs, the sound is described as being airy and sweet.

Due to their excellent tones, both hard ash and swamp ash can be utilized for electric guitars. Hard ash is frequently favoured for a more aggressive-sounding guitar, while swamp ash tends to give the body of the instrument a warmer tone.

Although ash is a common choice for electric guitars, acoustics and classical seldom ever have it. Ash is not as resonant in acoustic guitars as it is with electric guitars or even guitar bodies with mahogany, rosewood, Sapele, maple, e.t.c

But that doesn’t mean ash can’t be used effectively. Some well-known producers have created excellent ash-bodied acoustic guitars. Instead, it means that ash is rarely utilized for acoustics because of the unappealing tone it gives off.

Ash makes a bright tone with excellent sustain for electric guitars. Swamp Ash and Hard Ash are common choices for the bodies (solid and laminate) of electric guitars and basses, but they are not utilised for the necks and fretboards of acoustic guitars since they don’t provide the same exceptional sustain as an electric guitar.

In Ash bodied guitars, there will be less midrange bite present but they will still have a pleasant twang and decent sustain. The various varieties of ash typically preserve their brilliant brightness while providing a robust upper-midrange and a sharp bass.

Swamp ash, a softer wood that creates a considerably warmer tone, was utilised in early Fender instruments. Compared to “non-swamp” variants, it has the propensity to scoop the mids and add more top-end while maintaining excellent sustain.

On the other hand, the wood tone of a hard ash guitar has more treble and less warmth and also has a good sustain.

Ash is a bit on the heavy side when compared to other guitar body timbers because it is relatively dense and hard. Despite feeling a little heavy, they are usually still within a comfortable weight range.

They can weigh anything between 3 and 3.6 kg, and sometimes even less depending on the manufacturer.

This has the benefit that Ash tonewood can be used for both ends. Guitar bodies made of swamp ash are an option for players who might want a lighter instrument because of the wood’s apparent lesser weight.

However, players with large hands who prefer something a bit weighty, can opt for hardwood Ash and benefit the best from it.

The cost of Ash wood is a crucial consideration when choosing your guitar. Ash wood is typically thought to be more pricey.

You may have observed that Ash wood is exclusively used in high-end guitars because it is too expensive to use in low-end ones. However, depending on what you need, it is still pretty reasonable. 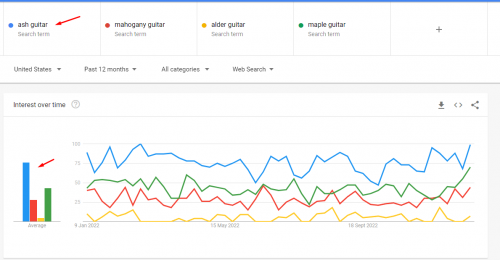 The wood, which was made popular by Fender, is now employed by a wide range of other guitar makers who like its lively sound, delicate mid-range, and gorgeous natural grain.

Because it’s simple to work with, ash wood is a popular choice among manufacturers. As a result, you can find a wide range of design options made from this wood type.

Verdict: Should You Get Guitar With Ash Body?

Electric guitar enthusiasts and good tone freaks might think about purchasing a guitar with an ash body because it would be a superb decision.

Ash has a strong resonance and good tonal characteristics, making it a superior material for guitar construction. It actually produces bright, sweet tones with a somewhat scooped midrange, and is thought to be quite well balanced.

It’s interesting to note that it’s also recognised for being the substance utilized in some of the most recognisable American electric guitars ever made.

It is aesthetically pleasing, one of the most dependable and long-lasting wood products, and a great option for balanced tones in electric guitars. Additionally, due to their shock resistance, they can withstand heavy use.

Plus they are simple to keep clean and maintain. Your ash gear will require the least maintenance if it is kept in a tidy and dry environment.

But ultimately, this sort of thing comes down to personal preference. I will suggest that you carefully consider the above-mentioned benefits and downsides before deciding whether you would like to get one.

I would highly recommend ‘The Retro DLX Plus Solid Ash Electric Guitar; Indio Series‘. The performance and value of Indio DLX Plus guitars are unmatched thanks to the use of premium woods and high-quality parts.

These guitars sound and feel like instruments that cost many times more money since they were expertly set up in the United States by the company’s Master Luthier to play beautifully right out of the box. It is made to fulfil the needs of both professional and recreational players and is equipped with the greatest specs and materials available.

A few of this guitar’s outstanding features are; a solid ash body, maple neck, fretboard, Wilkinson bridge, two single coil pickups, and gear bag. Moreso, it is professionally set up in California by a Master Luthier. Let us carefully examine each of these features separately to see its impact on the guitar.

First, the Indio Retro DLX Plus guitars have solid ash bodies, which are a preferred material for guitar production due to their strong resonance and desirable tonal properties. In contrast to other guitar models employing less expensive wood.

Ash is regarded as being incredibly balanced, producing bright, sweet tones with a middle that is just a little scooped. Ash is also renowned for being the substance used in some of the most recognisable electric guitars made in the United States.

The Indio Retro DLX Plus guitars use Wilkinson for their bridge and pickup. The improved Wilkinson bridges and pickups found on them are in addition to the quality woods and materials utilised in their construction. Wilkinson parts are reputable and perform on par with other high-end parts costing many times more money.

They are also known for their exceptional value. While Wilkinson pickups offer more depth, articulation, and balance than the stock pickups, premium Wilkinson bridges will aid in tone and keep the guitar in tune hence making it just perfect for the right tone.

A 20mm cushioned gig case is included with every Indio DLX Plus guitar to keep it safe from dents and scratches while you are on the go.

Indio Retro DLX Plus guitars stand out from competing models due to their great playability right out of the box, in addition to the superior materials and specifications mentioned above. Every Indio DLX Plus guitar is locally QC’d and set up in Southern California by Master Luthier.

This guarantees flawless playability right out of the box and offers a playing experience that is superior to any guitar that costs many times more money. 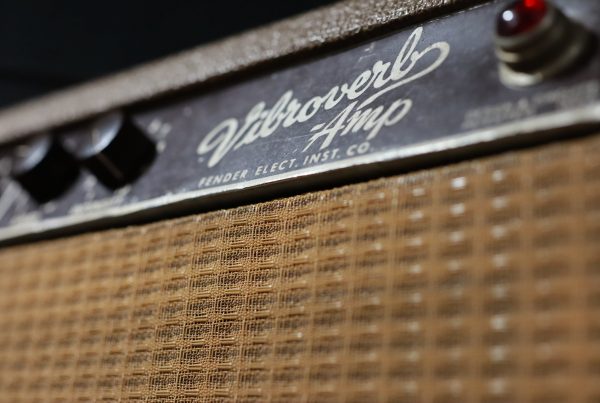 Buzzing & Hissing Amps: Is It Normal? Find Out & Stop It! 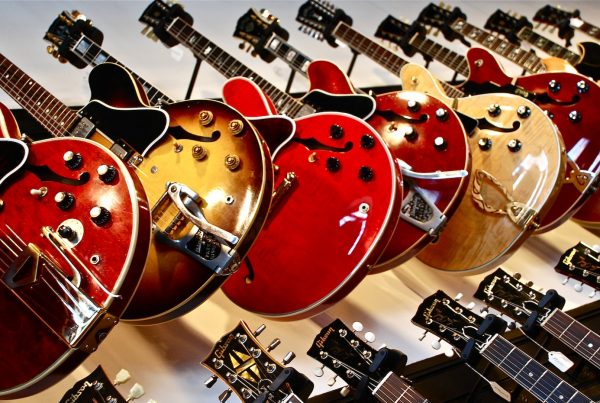