Fret Buzz is without a doubt one of the most annoying problems you will come across while playing the guitar. It has happened at least once in the life of every guitarist. There can be numerous perpetrators behind this buzz, but there are certainly many solutions to deal with it too.

Thinner strings are less likely to buzz when compared to thicker strings because they have lesser tension. However, you can still have fret buzz if your guitar is not set up properly. String gauge is just one of the factors in fret buzz.

I have had my fair share of issues with fret buzz. In this article, I will focus more towards string gauges. If you are interested in other factors causing fret buzz, check out my other articles below: 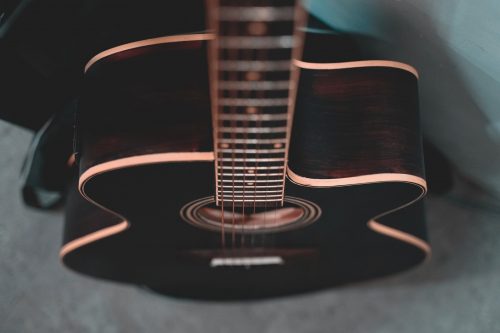 Thinner strings will less likely to cause fret buzz when compared to thicker strings.

On the other hand, thicker strings usually create more fret buzz as they require more tension when wound. Thicker strings also have more mass and produce a more sustained sound.

If you plan to add new strings to a guitar and they have different gauge than the previous ones, then they might cause some buzz as your guitar is set up according to the thickness of previous strings.

Additionally, new strings are also more likely to buzz, as they have more treble and strings might vibrate more than usual, resulting in fret buzz. It can easily go away with time, but sometimes it can be an indication of any malfunction that you might need to resolve as soon as possible. Thinner strings require less tension to wind. Thus, will not buzz as much.

Fret buzz is less common if you have lighter or thinner strings as there is less tension when wound, increased tension is certainly responsible for annoying fret buzz.

Thinner strings might help you reduce fret buzz but it also depends on the guitar and playing style. It is not that easy to answer such questions as numerous factors are influencing the results side by side.

However, if you change from a heavier to a lighter gauge, the strings are much more likely to buzz, as the tension and the shape of the neck might change. You can adjust the action or neck to reduce or eliminate fret buzz with lighter strings. Thinner strings are better if we talk about staying in tune for a long period.

Thicker and heavier strings are more likely to increase fret buzz as they require more tension on your guitar’s neck. It is very hard to bring the thicker material up to pitch and the guitar feels tauter, and all of this results in buzzing.

Increased tension in the frets is a major reason behind fret buzz, and this is why a majority of guitarists prefer lighter strings, as they are easier to play and cause less fret buzz. It is important to identify the cause of the fret buzz, before hunting for its solution.

How To Prevent Fret Buzz (Especially with thicker strings)

Here are some of the ways you can avoid fret buzz using thicker and heavier strings;

Extremely low-string action will definitely cause fret buzz. If you have thicker and heavier strings, it is important to increase the action to avoid fret buzz.

String action is the height of the guitar string which is measured at a specific fret. When the action is low, there is excessive pressure on the strings.

When strings are too close to the fret, chances of fret buzz is much higher because any unevenness of frets will cause strings to come in contact and cause fret buzz.

To totally remove fret buzz, it’s important that you understand string action. Check out my other article about it here:

The lack of neck relief can cause more fret buzz. When the neck relief is too small, the strings come closer to the fret and it becomes difficult to play.

The neck of your guitar isn’t supposed to be straight, it should have a slight dip which is known as neck relief.

If you are playing the guitar that has thicker and heavier strings, it is always better to add more neck relief. Here’s a more detailed article about truss rods, neck reliefs and fret buzz:

How To Adjust Truss Rod To Fix Fret Buzz: Which Way To Turn?

Humidity is a major factor that can cause fret buzz. Too dry air can cause excessive fret buzz as it can also mess up the neck relief of your guitar.

When there is very little moisture in the air, guitar necks can crack as they become dehydrated, this is due to their material which is wood.

It is always suggested to keep the humidity between 40% to 50%. An environment with very little humidity can cause fret buzz with thicker and heavier strings.

It becomes pretty hard to play guitar when the air is excessively dry, and if you have heavy strings, it becomes much stiffer. Get a humidifier to avoid any fret buzz even with thicker and heavier strings.

Can You Ignore Fret Buzz?

A little buzz is prone to happen on any guitar or bass. You don’t have to worry too much and it may even go by itself after some time.

However, if the buzz is consistent, annoying and getting worse, then ignoring fret buzz isn’t the best choice and you should look into it.

If possible, It is best to dig out the cause behind any buzzing noise and solve it as soon as possible  because fret buzz can be an indicator of a flawed guitar setup.

There are many ways to prevent it and you may have to learn them. Fret buzz can also alter the tone as the strings are consistently hitting the fret.

It can have a treble impact on the tone of your guitar if not solved early. Some players are perfectly fine with fret buzz, as it might suit their playing style, but for some, it is a pure disturbance.

Fret buzz can be due to improper guitar setup, uneven frets, and many other reasons. If you choose to ignore it, you might be damaging your strings, fret, and even the neck of your guitar.

Even if it is not that normal for the amps to buzz or hiss, there’s always an underlying problem that needs to be solved. Plus, if you are playing at low action, you can still fix fret buzz. 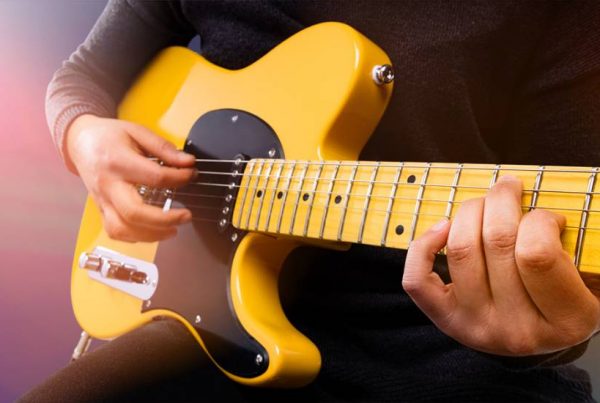 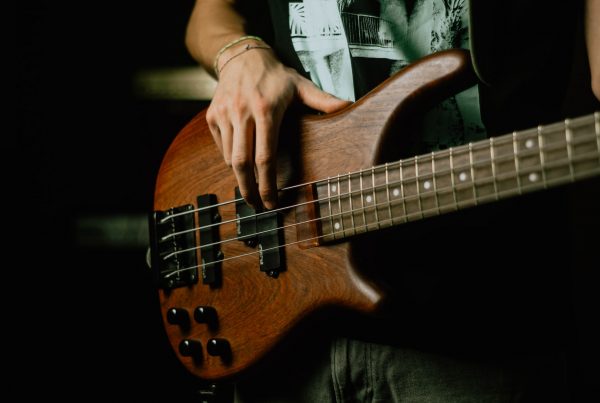 Is Minor Fret Buzz Ok On Bass: How To Eliminate Buzz Forever!