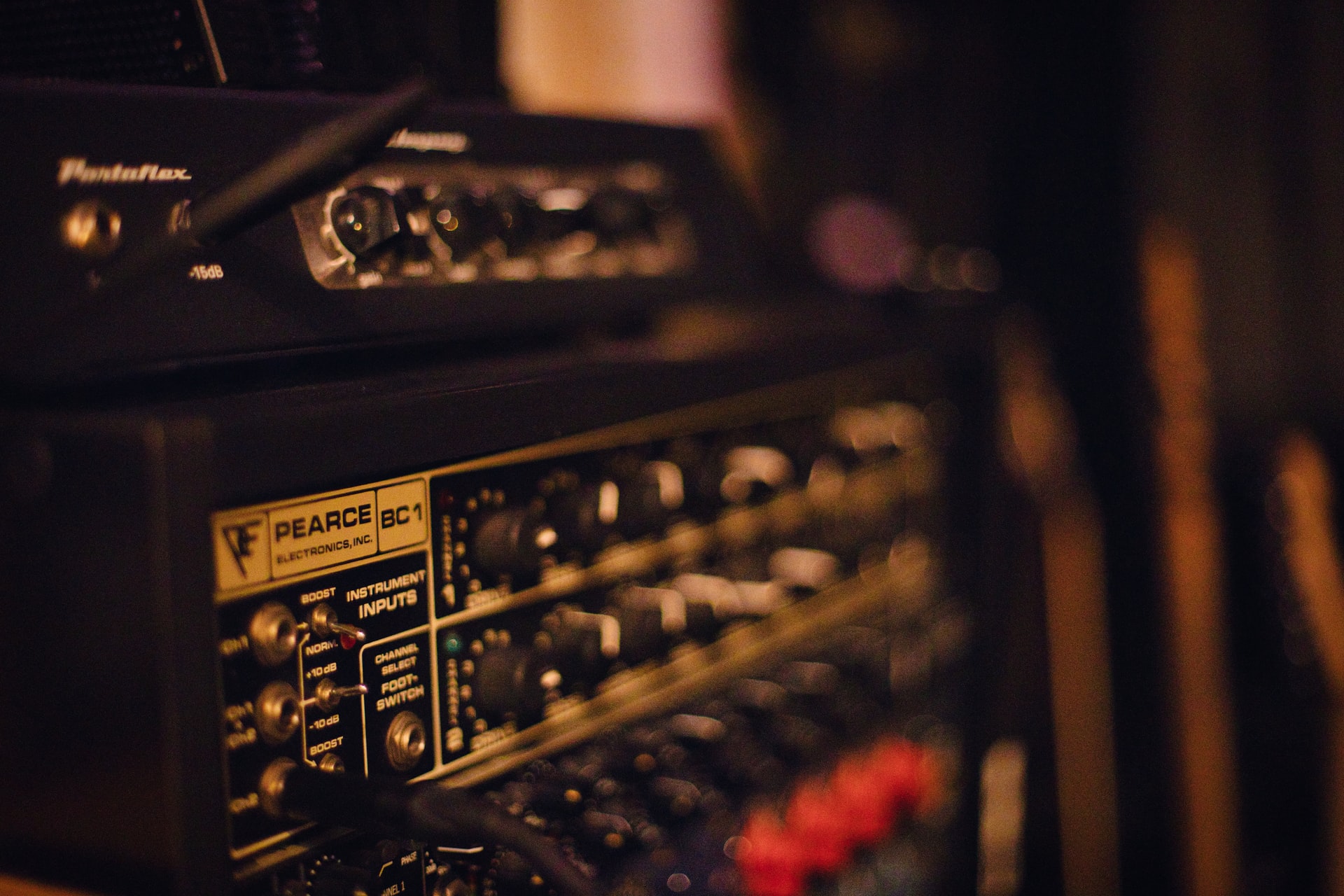 Guitar amps come in different shapes and sizes. Some of these are friendly for traveling musicians as the amps are lighter and sturdy, while others can be bulky and heavy.

I’ve had the opportunity to use a number of different amps over my years as a musician. Many guitarists ask me what amp they should use if they travel around a lot.

In this article, I will tell you about how much different types of amps weigh, why they weigh so much, and some tips for moving them. Here are the topics we will cover in this article:

Weights of Different Types of Amps

Various amps have different characteristics that may make some better than others, especially if you travel a lot and need a lighter amp that can be transported easily.

Here is a table that contains some popular amps among guitarists and some properties you should consider when looking for a travel-friendly guitar amp.

How Much Can an Amp Weigh?

Guitar amps can range anywhere between 10 to 120lbs. The weight can depend on factors like the number of speakers, size of magnets, casters, tubes, and whether it’s a combo or a head amp.

Other properties can also have an effect on the amp’s weight. Micro amps can be lighter, while some amp/speaker combos can be heavier. Why Are Guitar Amps So Heavy?

Guitar amps are heavy due to the heavy-weight parts used in them. They use heavy parts like speaker magnets, metal chassis, power and output transformers, and wooden cabinets which house these parts.

If you own a guitar amp, you must be aware that these things are heavy. This is because the wooden cabinets in an amp house have very heavy components.

How Do You Move a Heavy Amp?

Using roller wheels or dollies to move around a heavy amp is the best way to ensure you can easily move your heavy amp from one place to another without putting unnecessary strain on your back.

By now, it’s clear that amps are heavy, bulky objects which can make them very hard to move around. If you’re moving them from one location to another, there’s the fear of bumps or hazards on the road causing potential damage to your amp.

When transporting an amp, it is essential to keep the amplifier upright. When carrying it around in a vehicle, this makes sure your amp is in its natural state, which keeps the components inside safe from damage.

Even smaller seeming vibrations can cause damage to your amplifier for the long term. To counter this, take an old blanket and make a thick layer by folding it once or twice. Set your amp on the blanket to shield it from vibrations when the vehicle is moving.

Finally, you don’t want your amp sliding around the vehicle. Simply use a bungee cord to secure your amp. Give it a push and wiggle it around to ensure it stays put.

Transporting it facing downwards will minimize the pressure and can improve its life. If you move your amp around a lot, then you should look at buying a cover or a hard case for your amp to keep it safe from dust buildup and smudges. Marshall M-ORI50C-U – You absolutely need a roller to move a big amp like this one.

Can I Bring an Amplifier on a Plane?

You can take an amplifier on a plane but ensure you take it as check-in baggage and not cabin baggage. Ensure to pack it properly, and you should put on a “Fragile” tag on the item to ensure it is handled carefully.

Different airlines have different weight and size restrictions for the baggage you can carry on to a flight. You might not be able to take it to the cabin if you cannot fit it in the overhead bins.

However, I wouldn’t recommend fitting an amp in an overhead bin due to their weight. Instead, you can take it with you as check-in baggage. Make sure to package it properly so it can take rough handling and label it as “Fragile” or “Handle-with-care.”

In my recommendation, if you have advance notice and some extra funds, consider sending it insured through a good shipper.

What Type of Amp Do I Need?

Here are some general guidelines to follow when choosing an amp:

1. For Home and Practice

Generally, most amps are fine for people who just want to play their guitar at home. Whether you want it for practice or record music on it.

I would recommend a solid-state amp for home use as they are lighter and can be moved around easily. Tube amps are heavy, but they can be a solid option for home use.

However, if you want one solution for all of your problems, modeling amps are a great option as they allow you to add effects and simulate different amps.

Solid-state amps work best for traveling musicians as they are lightweight compared to other options and can survive a bit of rough use.

I recommend solid-state amps for those who can’t spend time on their amp’s upkeep. Solid-state amps can handle rough use compared to tube or hybrid amps, which can be very fragile, especially for travel. They are also lighter, making them easier to take on a plane.

Tube amps generally work the best for studio environments where sound quality matters the most. These amps don’t need to be moved around, so their weight won’t matter too much.

Tube amps generally sound the best out of all the types of amps as they add euphoric distortions to the sound. The tubes also distort when pushed to the edge, making them sound much more appealing than the artificial sound of the solid-state amps.

How Many Types of Amps Exist?

There are four types of amps for guitars. These include tube, solid-state, hybrid, and modeling amps. Each amp uses a different technology to produce the tone, and they come in different speaker configurations that play a massive part in changing your tone.

Knowing the types of amps helps you ensure that the one you pick for your use suits your needs. I often see guitarists using the wrong amp, which can hamper their sound production. This section will explain a bit about the amps and tell you about their pros and cons.

Tube amps use vacuum tubes to produce their sound. The tubes help them produce a rich sound. These amps are very easy to use, but they are heavy, fragile, and expensive.

This does come at a cost. These amps are usually more expensive, fragile, and heavier than other amps, which makes them less ideal compared to other amps. If you travel a lot, I wouldn’t recommend them as these can be more of a hassle to carry around.

These are lighter and cheaper than tube amps as they use transistors instead of vacuum tubes which allows these amps to produce crystal clear tones.

Since the invention of the transistor, solid-state amps have started to become more and more common. These amps replace the vacuum tubes with transistors on printed circuit boards. Transistors are a lot less fragile than vacuum tubes and have less chance to burn out or break over time.

Modeling amps are an evolution of solid-state amps, and they use modern technology to produce a wide range of effects and tones. These are significantly lighter and cheaper compared to tube or solid-state amps.

Modeling amps get their name from the idea that these amps can recreate the sound of different types of amps using effects. These amps are flexible as you can apply inbuilt effects to your sounds and use various presets.

These amps had a terrible reputation at first, but newer models have significantly improved the sound quality. These are also much lighter in weight and less expensive compared to tube or solid-state amps.

However, these amps are more of a compromise than the best of both worlds. Although the amps can provide a warm tone, the difference in tone compared to a normal tube amp doesn’t make it a worthwhile option to consider.

These amps are also heavier and more expensive than normal modeling amps. These amps may suit the requirements of a lot of guitarists, but I don’t recommend them for a traveling musician as they can be heavy and fragile.

In my recommendation, a solid-state amp works best if you’re someone who travels a lot and needs a lighter amp that can handle a bit of rough handling.

I would recommend tube amps for home or studio use as they produce the best sound, but they aren’t good for traveling musicians as the tubes are very fragile.

I hope this article helped you gain more insight into different types of amps and which one may suit you the best if you’re a traveling musician. 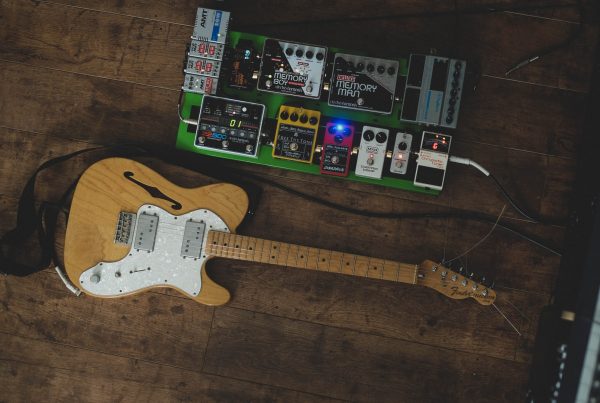 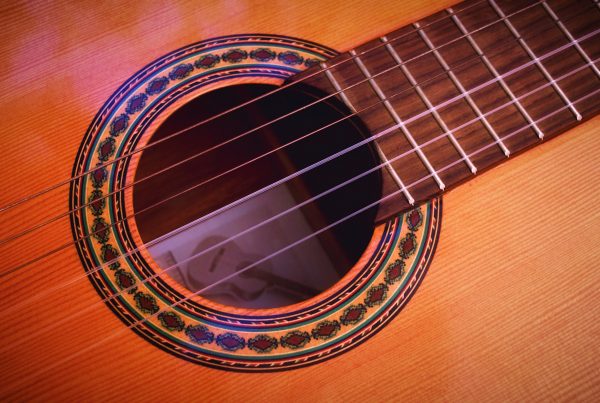 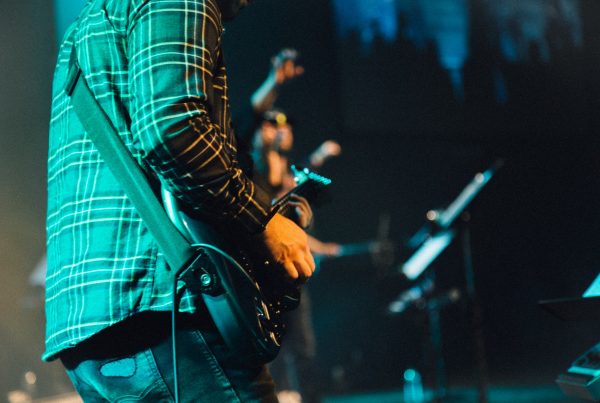